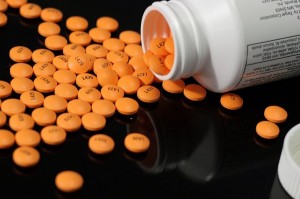 The Rise of Prescription and Over the Counter Painkillers

The centre for disease control and prevention have issued data stating that heroin related deaths have increased in America by 39% over the past year. This number is still increasing due to the cut down on prescription painkillers. Users of prescription opioid painkillers are shifting their use to heroin because of the difficulty they are experiencing getting their prescriptions from GP’s or illicitly buying these prescription drugs on the internet. This crackdown has not reached the United Kingdom yet hence the ever increasing amount of patients presenting at drug services or counselling for treatment for their use of prescription or over the counter painkillers.

There has been a large increase of members attending mutual aid groups such as Narcotics Anonymous reporting that they have been abusing opiated painkillers. The number one offender is codeine closely followed by over the counter drugs such as co-codamol. There is now warnings on these packs sold over the counter stating the danger of forming a dependancy.

I am starting to hear more and more of my clients describing how they had stopped using alcohol, cocaine or heroin only to find that they had started to substitute with prescription or over the counter painkillers. somehow the disease of addiction had used its cunning means to convince them that something prescribed by their doctor or that they could buy at Tescos could not be dangerous for them. They described reaching a place of desperation exactly the same as they had initially felt when reaching the end of their original dependancy. It is important when working with these clients that they are informed of the dangers of going on to use heroin if their supply of prescription or over the counter opiates becomes compromised. This is a real danger as recently reported in The Huffington Post on the 12/1/2015.

It is not only users of other substances that are getting hooked on prescription and/or over the counter opiates. A study is currently being carried out by CRI on the prevalence of codeine use amongst the student population. The internet also provides an easy way of accessing opiated painkillers. It is time that we started talking to the public about this epidemic that is occurring. Education is paramount. Lets let people know that prescription and over the counter drugs can cause as much heartache and damage as heroin and cocaine.

If you know someone or indeed you yourself are struggling with opiate dependancy please feel free to call Victoria Abadi Therapies for a free telephone consultation. Alternatively fill in the contact form.