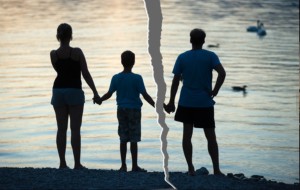 A question I’m often asked in my line of work is what is an ‘adult child of an alcoholic?’ The term became more widely used when American psychologist and researcher Janet G Woititz wrote a book in 1983 about growing up in a family where one or both parents are addicted to alcohol. In its very simplest terms the child of an alcoholic grows up to become an adult child of an alcoholic. In her book she recognised that these adults tend to have a set of similar characteristics and a similar way of behaving and responding to situations.

One of the primary characteristic of these adult children is being hyper sensitive to atmospheres. When you grow up with an alcoholic you grow up with unpredictability. It is in your best interest as a child to be able to gauge what mood the alcoholic parent is in and thus adapt to the behaviour that will bring the least amount of criticism your way. That criticism might manifest itself verbally by the parent or it could be acted out physically with some form of physical violence being meted out. Whichever way that unpredictability gets acted out that child learns how best to adapt to survive and brings the skill or curse of being hyper aware of moods and atmospheres into their adult life. If I had a pound for every time I heard an ACOA (adult child of an alcoholic) say ‘I can’t trust whether it’s my gut instinct or paranoia that’s telling me to react in a certain way’ I’d be a rich woman. What they actually mean by this is:- that they have learnt to assess a situation they walk into immediately through the atmosphere and mood in the room. They are often correct in their judgement but because trust is in short supply in addicted families it’s hard for them to figure out if it’s a true assessment of the situation or whether their lack of trust is making them feel paranoid and therefore scewing their judgement of the situation. So here’s an example….an ACOA walks into a room full of her friends. She trusts most of them implicitly but one of her friends has always reminded her of her alcoholic mother. The reason for this is that if she doesn’t behave in a way which her friend approves of she withdraws her affection. She is unpredictable like her mother. The young woman senses some kind of vibe in the room. She thinks the one friend she doesn’t entirely trust has been saying unkind things about her. She thinks this because she has walked in the room and scanned it for mood and atmospheres the minute she walked in, just like she did every time she walked into a room with her mother in it when she was a child. When she was a child if her mother was drunk there was a good chance she would be verbally attacked and criticised. So she has learnt to do this in all situations in order to protect herself. This was a skill she needed as a child. As an adult that skill can cause her to pick up on things that aren’t always happening. So she walks into the room with her friends and immediately feels on red alert, on the defensive. She asks herself is this a dangerous situation or is she being overly cautious to the point of paranoia. She doesn’t know. She can not fully trust her gut instinct because of past experiences. She feels confused and different. A feeling she has often felt. Feeling different is another characteristic that most ACOA’s experience.
So how does she learn to trust her judgement? She needs to understand that what she is feeling is normal due to the experience she has had as a child. She needs to learn how to communicate effectively with the people close to her so that she can truly figure out who she can and can not trust. She will also be enormously helped by going through counselling in order to heal from the trauma of growing up in an alcoholic household. She may well also benefit from attending a 12 step program called Adult Children of Alcoholics. This is a fellowship of men and women who have survived growing up in an addicted family and come together to support themselves through experience strength and hope.

If you have grown up in a family where one or both of your parents had a problem with alcohol or other substances then you may want to seek help with a counsellor who specialises in addiction and its associated traumas. Victoria Abadi therapies is a busy counselling service which specialises in addiction. We are based in Hale, Wilmslow and Northenden. To contact us please email victoriaabadi66@gmail.com or call 07983726647